July 10, 2014
Last week was the week for reading books I hadn't read yet by my favorite authors. Frances Hardinge is definitely one of my favorites. While I don't always love each individual book, I always appreciate them for the works of art they are. The Lost Conspiracy (Gullstruck Island-UK) is one of those books that swept me away on a tide of beautiful imagery and left me clinging to each page ready to know what happened next. 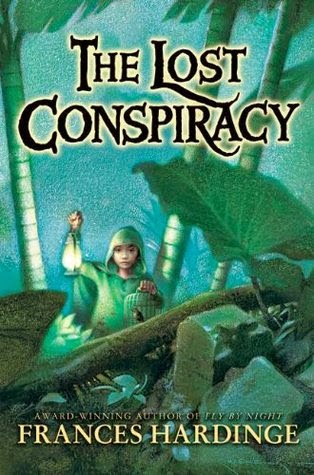 On an island of sandy beaches, dense jungles, and slumbering volcanoes, colonists seek to apply archaic laws to a new land, bounty hunters stalk the living for the ashes of their funerary pyres, and a smiling tribe is despised by all as traitorous murderers. It is here, in the midst of ancient tensions and new calamity, that two sisters are caught in adeadly web of deceits.Arilou is proclaimed a beautiful prophetess—one of the island's precious oracles: a Lost. Hathin, her junior, is her nearly invisible attendant. But neither Arilou nor Hathin is exactly what she seems, and they live a lie that is carefully constructed and jealously guarded.When the sisters are unknowingly drawn into a sinister, island-wide conspiracy, quiet, unobtrusive Hathin must journey beyond all she has ever known of her world—and of herself—in a desperate attempt to save them both. As the stakes mount and falsehoods unravel, she discovers that the only thing more dangerous than the secret she hides is the truth she must uncover.

The Lost Conspiracy is a book that does so much right it is hard to no where to begin. The setting is beautifully treacherous, an island with jungles, volcanoes, dangerous aquatic animals, and cut off from any other part of the world. Harginge brings the island to life in vivid colors, sounds, and feelings. As Hathin and Arilou journey throughout, the reader goes with them and experiences it with them.

Hathin is an amazing heroine. Her entire existence is based on serving her sister. It is what her entire life has always been for. She is Arilou's quiet unobtrusive shadow. People barely even realize she is there most of the time, which works out well for her because it allows her to observe and then manipulate the situation to go where she needs it to go. This life has developed her mind into a strategic, sharp instrument for getting what her sister and her people need. These skills serve her well as her world is blown apart by a conspiracy, and it is up to her to save her sister, herself, and all the Lace people of the island. There is a strong cast of supporting characters that surround Hathin from beginning to end, changing and multiplying as the story goes on. Each of these are intriguing in their own right and fully realized (I don't think Hardinge knows how to write characters any other way), but this story is Hathin's story. She deserves all the credit and glory due her for every hardship and triumph. 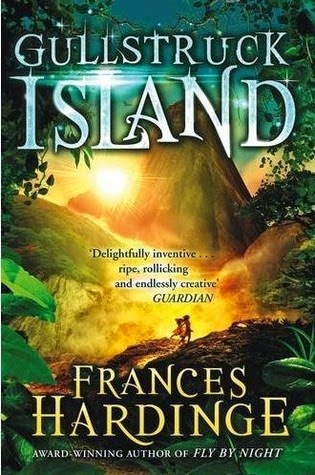 The plot is complicated and twisty involving centuries of myth, misunderstanding, and miscommunication. Hardinge has created a razor sharp look at colonialism and its affects with this story. The Lace are one group of the island's indigenous people. It has been a couple hundred years since the settlers came and while they intermarried with many of the other tribes, the Lace remained separate. This is mostly due to an unfortunate incident that involved kidnapping and sacrificing settlers to the volcanoes. Through the history of the island and the current politics tearing it apart, Hardinge depicts perfectly how a clash of cultures, a misunderstanding of tradition, and the easy way prejudices can be used to ignite hate, fear, and violence can cause a ripple affect that is felt and used for generations. I like that while there is clearly a villain, there is also a lot of horror that occurs because ordinary people allow themselves to be manipulated, carried away by a mob mentality, or simply don't stand up and do what's right. I like the shades of gray in that, something else Hardinge is typically good at depicting.

Some favorite quotes that show Hardinge's command of language and her themes:
There was a shout of laughter at the idea of the little Lace girl kidnapping the burly towner and taking him away to sacrifice.  It was a joke, but centuries of distrust and fear lay behind it.
Soon somebody would say something that was sharper and harder, but it would still be a joke. And then there would be remark like a punch in the gut but made as a joke. And then they would detain her if she tried to leave and body would stop them because it was all only a joke...

And so ended the conference of the invisible, in the cavern of blood and secrets, on the night of the mist.

"You see," Therrot added in what was probably meant to be a comforting tone, "revenge doesn't need to be face-to-face. Maybe you're not made for sticking a knife in someone...but would you feel the same way about planting a little fistful of leaves and roots?"
Hathin tried to imagine herself using her sickle to dig root space for a sly, slow killer. The idea did feel different, but she was not at all sure it felt better.

My one complaint is that it is a little long. Hardinge's books often are yet usually I can't think what would be cut out. Here I did feel there was a lot of detail in the middl portion that could have been pared down or combined to make the pacing better. This is one small detractor for me in a book that is full of amazing elements. Hardinge is a fantastic storyteller and if you haven't read this or her other books, you definitely need to pick one up.

Brenda said…
Sounds like a great fantasy and the differences between the two sisters is very intriguing.
July 10, 2014 at 11:08 AM

Brandy said…
The sister part is very intriguing and mysterious. And it is SO GOOD. I love sibling stories.
July 10, 2014 at 9:57 PM

Anonymous said…
I don't remember all the details of this book because I read it years ago but I know I loved it. The lush setting reminded me of the Philippines. Frances Hardinge is such a great write, I should read more of her books. I've only read The Lost Conspiracy and A Face Like Glass.
July 15, 2014 at 12:35 AM