February 03, 2017
Things have been slow on the blog lately and that's because for a while there I lost all my words. I've been feeling a lot these past few weeks and all of it was overwhelming. There has been anxiety and fear, but also a fierce need to DO something. That overwhelmed me all the more, and I couldn't help but feel like this space was frivolous and maybe not the best use of my time in the face of everything else going on. But I kept reading because without books and words I don't know what I would be. As always, reading helped me find a path even if I still can't see the end of it and the shadows are looming dark.

There are many recent or upcoming releases I've read that speak to the heart of where we are as a nation, and I've realized that boosting those voices is important. My space here is small and my voice is not loud, but I'm going to use it to the best of my ability.

Because books speak to the heart. They build empathy. They force us to see people, not issues. They are important in engaging with and understanding humanity. When you are talking about books for children, that is all the more important. These books are excellent reads for anyone and everyone though, not just children.

I'm going to highlight some new and upcoming releases that I think are releasing at a propitious time. Remember that books take time: writing, acquiring, editing, scheduling, publishing. These have all been in the making for years. They aren't coming out now because of an "agenda". They are simply timely. 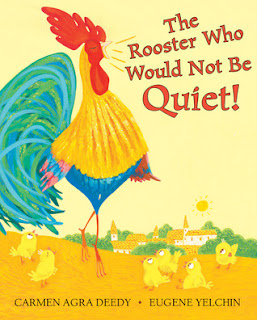 The Rooster Who Would Not Be Quiet by Carmen Agra Deedy (out now)
In this colorful, vibrant picture book Deedy tells the story of a village that is happy but noisy. They elect a new mayor Don Pepe, who promised peace and quiet. He delivers with laws that forbid even the smallest of noises. But there is a rooster who can not quiet his voice. When the mayor threatens to chop down the mango tree the rooster lives in to stop his singing, the rooster replies, "I may sing a less cheerful song. But I will sing." I attended a talk by Deedy at ALA Midwinter and she pointed out, "Democracy is noisy." When all voices but the ones who agree with you are silenced, you no longer have a democracy. May we all be this rooster who didn't look to be a hero, but could not remain silent. 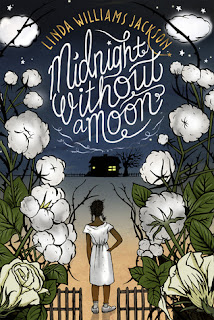 Midnight Without a Moon by Linda Williams Jackson (out now
This is a story of America's past that speaks to our present. As we have a President breathing threats of cracking down on voting rights and an Attorney General nominee who wants to roll back the progress gained through the Voting Rights Act, I think it is important to look at where we were just 60 years ago, and what prices were paid to move us forward. 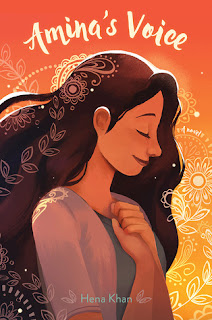 Amina's Voice by Hena Khan (releases March 17)
This is the first release from Salaam Reads, a new imprint of Simon & Schuster. It is the story of Pakistani American girl who lives in Wisconsin with her family. It is a story of school, friendship, family, and all the things that make a MG novel accessible to its tween audience. In this case the main character happens to be a Muslim immigrant. I read this last week the day after the Executive Order on immigration was signed, a few days prior to the attack on the Mosque in Quebec. Never have I felt like a book was more timely or important. This is a book full of hope and the power of community and is an excellent look into the lives of Muslim immigrants for the many I know out there who have never actually met one. 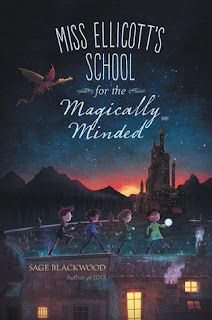 Miss Ellicott's School for the Magically Minded by Sage Blackwood (releases March 21)
Yes, this is a fantasy involving magic and a dragon. It completely belongs here. Because those adorable little children on the cover? They live in a walled city. A city that has been cut off from the rest of the world by choice for centuries. This was against the wishes of a former queen of the city who refused to have a wall built because, "She said a wall becomes a wall in the mind, and she wanted no walls for her people." She was not wrong because while the wall keeps the city "safe" (sort of but not really), it also keeps the people in and completely reliant on a government who can now control all their information (not to mention their food supply). Attesting to the talents of Blackwood's writing in addition to being insightful and timely, the book really is as fun and adventurous as the cover implies. 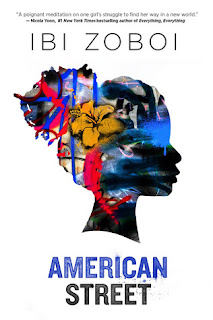 American Street by Ibi Zoboi (releases February 14)
This is an excellent look at what life is like for one girl as she moves from Haiti to Detroit. It tells the hard stories of people living lives that are far from easy while trying to attain a dream of America that they feel they can't reach and wasn't really meant for them anyway. It is beautiful and heart breaking and should be required reading before anyone voices an opinion about crime and the inner city.

And here are some older books (released in last few years or more) that I feel speak to current events and issues: 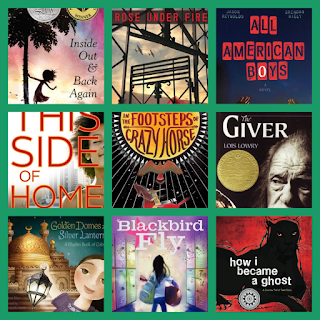 Does anyone have any other books they feel need boosting right now?