Musings on ALA Midwinter

January 29, 2014
As I posted on Friday, I attended the ALA Midwinter meeting in Philadelphia over the weekend. It was my first time, not only at Midwinter, but at any ALA event. I thoroughly enjoyed my experience and learned so much. The adrenaline high I was on when I came out of the YMAs on Monday morning was unbeatable. I'm going to need to return just for that.

Here are some highlights of my weekend, chronicling the things I enjoyed the most. 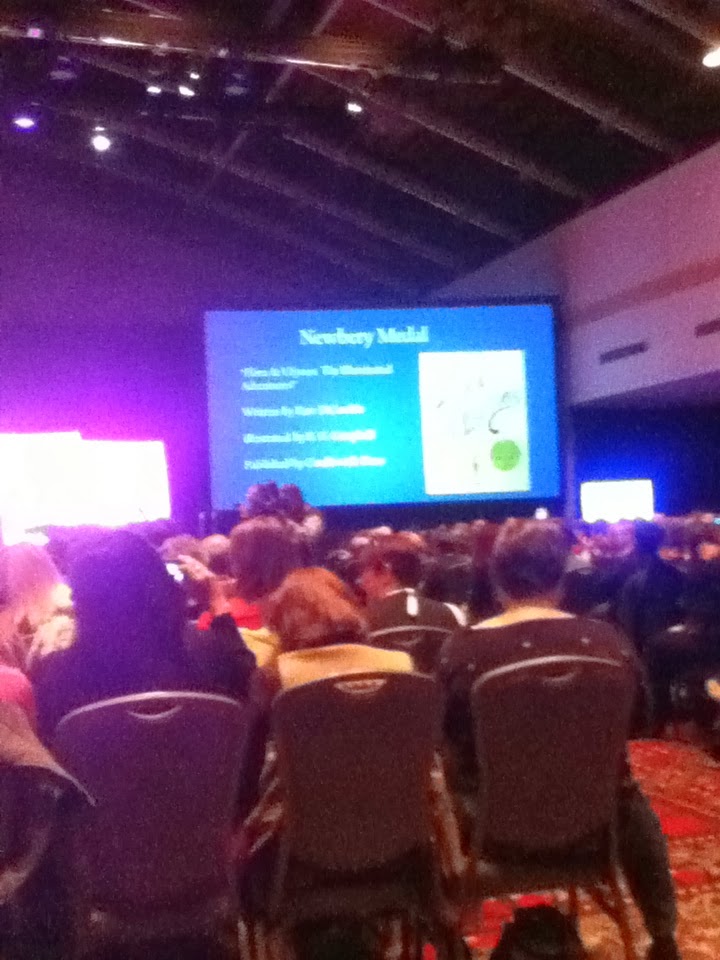 I watch these on my computer all by myself every year, BUT NOTHING can compare to actually being there for it. The energy and excitement in that room are palpable. Listening to the audience reactions on the webcast is nothing beside actually feeling it as it sweeps through the room. The one drawback is that I was unable to write my usual reaction post right away. And I won't be writing a full one up at all. My short thoughts: I love and adore the Schneider, Corretta Scott King, Belpre, and Caldecott committees to the moon and back. While I didn't love the books the Newbery committee chose, I appreciate how they found those books to be distinguished. I applaud the Printz committee for choosing Navigating Early as an Honor book and acknowledging the younger portion of the age bracket the Award covers. And I'm looking forward to finally reading Midwinter Blood.

What made the YMAs even better was I was sitting on a row of people from SLJ's Heavy Medal blog and Battle of the Books. I have been interacting with these people online for a few years now, and it was marvelous to finally have faces to go with names. We stood around and talked for sometime after and it was great. (I also enjoyed talking to DaNae in line as we were both there at 6:00 AM.)

The Teen Session of the BFYA:
Basically three amazing librarians brought in three groups of teens who had read a sampling of the books on the list of books under consideration by the committee for the Best Fiction for Young Adults list. For two hours those teens stood in line for an opportunity to talk about the books they had read,  and they were unflinchingly honest about them. While they sometimes contradicted themselves, they were such a joy to listen too and I love that their opinions were asked for.

I also attended the BFYA committee to see how they conducted their meeting, and I attended part of a session for ALSC's Notable Children's Books Committee. It was interesting to see the differences in how they ran, and how each committee discussed the books under consideration.

And of course, there was the Exhibit Hall, which was full of ARCs and publishers. It was hot, crowded, and loud. I had a great deal of fun just people watching in there. Good times. I was able to meet both Jonathan Auxier and Tom Angleberger and get their new books signed for Bit, who is beyond excited. And yes, I got some ARCs for myself as well. Here are the books I'm most excited to have (MG on left and YA on right): 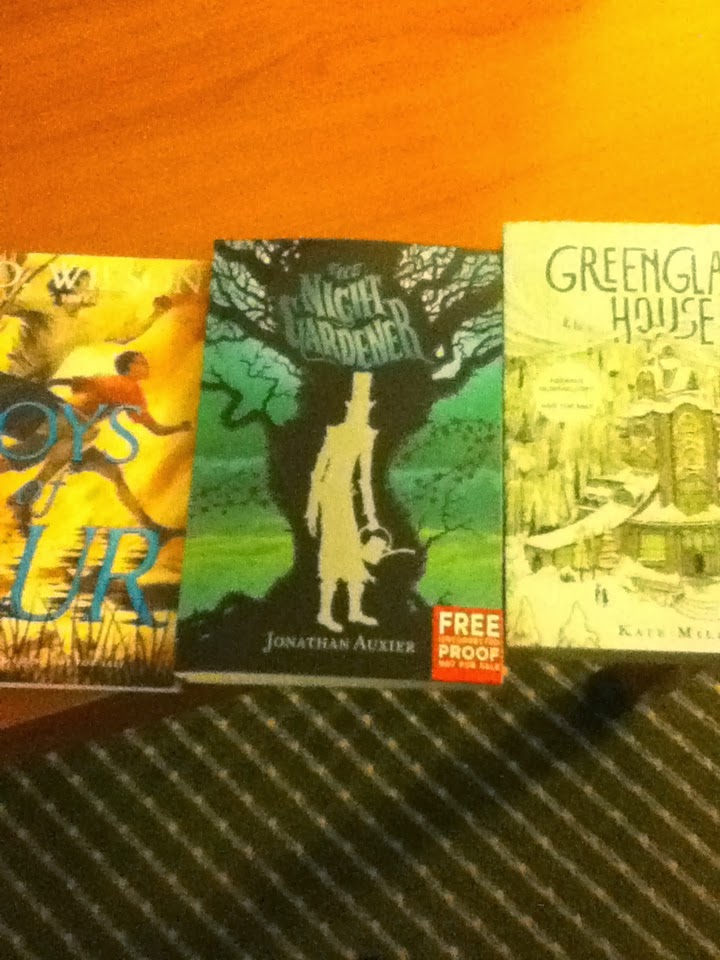 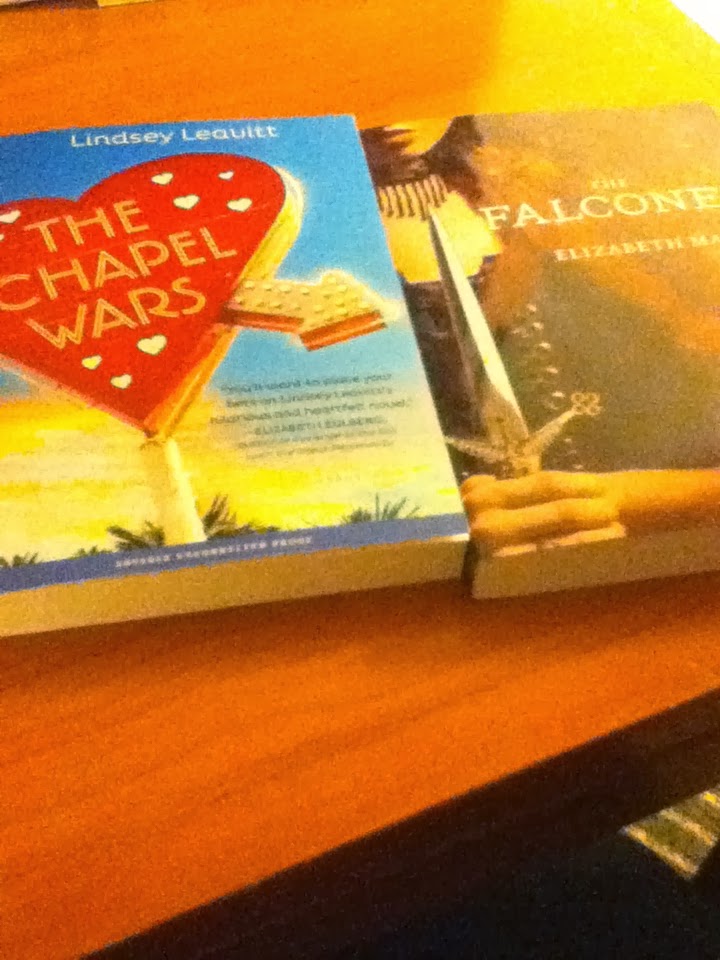 I had a wonderful time visiting Philadelphia, a place I had never been prior to this. It is a lovely city (the parts I saw) and the people were all so friendly. This is definitely an experience I want to have again. 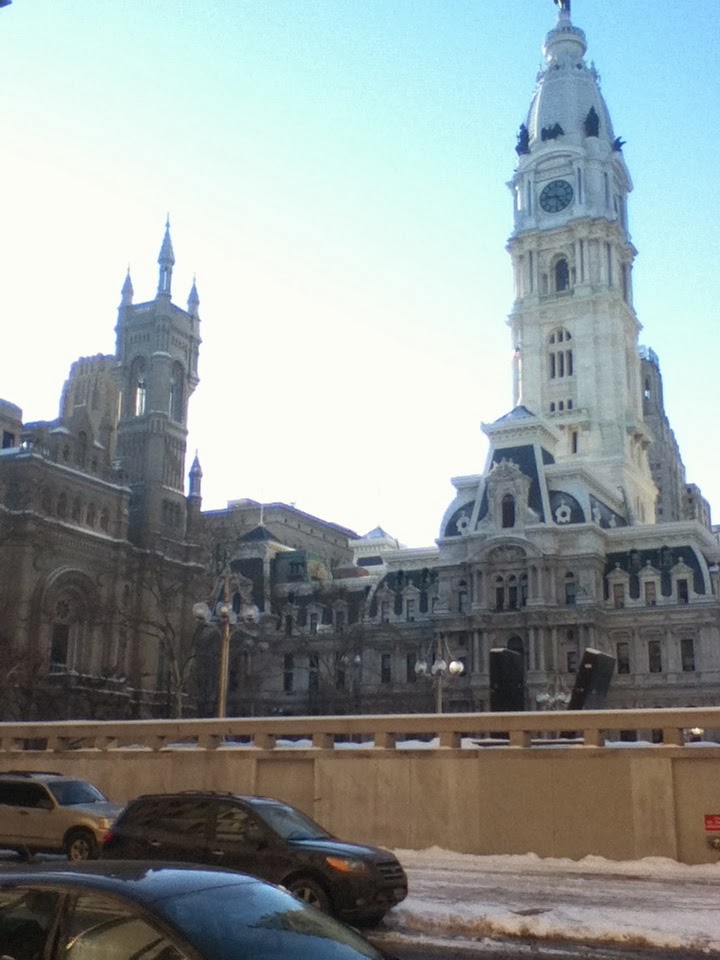 Anonymous said…
Sounds amaaaaazing! And I love that you're planning to go next year (and that this is a thing open to non-librarians)!
January 29, 2014 at 8:07 AM

Brandy said…
Yes, non-librarians are welcome too. Even though I'm not a librarian though I AM a member of ALA and ALSC. Non-members are also allowed to attend, but I think the registration fee is a bit higher if you want to get into the meetings and not just the Exhibit Hall.
January 29, 2014 at 11:40 AM