February 27, 2015
March Madness is here! Of the bookish sort that is. There are two bracket style battles I'm invested in taking place in the coming weeks.

The first is the School Library Journal Battle of the Books. I've been following this one for years, and still love it. This is the first year in a few years where I haven't read all of the books, but there are still a lot of contenders I'm really excited about. You can see the brackets here.

The book I'm hoping wins it all: 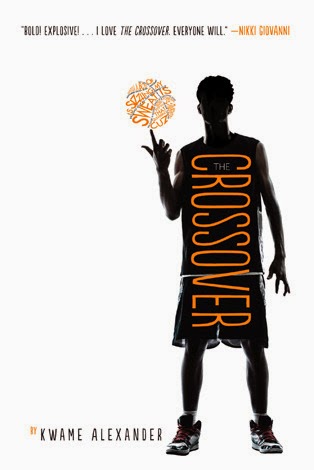 This will be a challenge as the Newbery winner is famously unable to win this competition. It is probably not a shock then that this is what I voted for in the Undead Poll, which is now open. Go vote if there's a contender you love!

The other Battle I'm excited about is the YA/MG Book Battle which focuses on under-appreciated books from the backlist (including last year). You can see the contenders here. You can see the complete bracket for this battle here.

I'm afraid I can not comment on what I would like to see win this particular battle as I'm a third round judge. And that's going to be HARD. So many of my favorites are in this battle.

The Reading Nook Reviews said…
ZOMG. How did I forget that book battles were coming?! AND YESSS for the Crossover!
March 5, 2015 at 12:19 AM